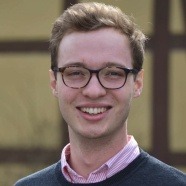 Moderating retrospectives in a small team or small group can already be a challenge. Especially if you have very little time. But what about retrospectives in large teams? These are usually even more demanding.

Before we developed our tool for retrospectives, we had a variety of experiences with larger groups - often we had customers ask that an entire department (usually more than 15 people) should take part in a retrospective.

I would therefore like to share in the first step, what challenges we have experienced in these larger teams or groups.

When you have a large number of participants, most of them don't know each other so well from everyday life. While you can usually rely on a trusting and open atmosphere among small teams, this is often more difficult for large teams. This trusting atmosphere is extremely important for the psychological security of the team (one of the most important criterion for successful teams).

At the same time, having a large group retrospective makes it easier for everyone to withdraw from discussions. So, as a moderator, you have to pay more attention to make sure that all participants are dedicated to participating, are able to get involved and that the distribution of discussions is reasonably balanced.

The more team members, the more topics that can be brought to the table. Timeboxing is therefore essential, in order to be able to adequately accommodate all topics.

Reasons to run retrospectives in large teams or groups

Sometimes you have simply no choice, and have to face these challenges. In practice, we typically see the following reasons for running retrospectives in large teams:

The following tips are useful for both scenarios.

Tips for retrospectives in large teams or groups

Here are our tips for retrospectives in large teams!

Tip 1: Question the participants in the retrospective

A large-scale retrospective should definitely be questioned. Is the general setup really unchangeable? Isn't there a sensible alternative?

In the case of large teams or groups, the first question would therefore be whether the team could be divided thematically or not. We are not a fan of strictly interpreting everything according to the textbook (or in this case, the Scrum Guide), but the limitation of up to 9 team members is no coincidence - up to this size, a productive retrospective can take place without restrictions. So if you are significantly above this number, you should question the team constellation.

In “Overall Retros” with several teams, a frequently used “trick” is that each team only sends representatives of the team to the big group. This way, you can keep the big group's number of participants at least manageable. The LeSS framework for agile work, for example, has also recognised “overall retros” as the meeting of representatives, and refers to this as the “Scrum of Scrums”.

The larger the team, the more topics and the longer the discussions.

So, while in a small team you may be used to completing a retrospective in an hour, this will not be possible with larger groups of participants.

The time required depends heavily on the format and method of the retrospective chosen. In our experience, the periods range between these times:

Usual time frame required for retrospectives depending on the team size

Feel free to experiment with timeboxing yourself to get a feel for it. Just take a little more time rather than too little at the beginning, and then see which steps can be optimized - the next tips may be helpful!

Tip 4: Parallelization in the collection of topics and ideas

To parallelize the topic and idea generation, formats or methods such as “1-2-4-All” are options. How does this method work?

Everyone first thinks about a topic or a question individually - for example, 2 minutes (1). Then each participant looks for a partner to exchange these thoughts (2), before joining together in groups of four (4) and finally presenting the collected ideas to the group in a prioritized structure (All).

You can find more detailed instructions for the 1-2-4-All exercise here on Liberating structures.

Now that topics are brought together and roughly prioritized - despite a large team or group - the topics should be analyzed in detail in order to derive which small action items could be used to improve them.

Here, because the larger the group of participants, it is particularly tricky. A bigger groups more likely means that the topics discussed will not be relevant for everyone. To that effect, only a fraction of the team members can contribute to a topic.

The discussion of certain topics that do not affect all team members equally should therefore be binned or parallelized.

We have had very good experiences using breakout sessions for this: You define the topics and let self-organizing small groups work on each one. Each participant can freely join and leave a group - just like an open space format.

This way, everyone has the opportunity to be involved in the discussions, where they can actively contribute. In the best case scenario, a tangible measure that can be implemented directly in the next sprint is presented alongside the results of the breakout sessions. If the proposed measures appear plausible and worth pursuing for the entire group of participants, the measures are implemented.

However, it may just be that the small group has not yet been able to come up with a final proposal for a measure. In these cases, a decision can be made to continue the breakout session outside of the retrospective, if the participants consider this to be useful.

Be careful with “half” measures

Nothing is more annoying than a semi-well-thought-out measure that was created under pressure, that nobody wants to take care of. In our experience, it is therefore very important that the moderation in your large team or large group indicates that the decision of another breakout session outside of the retrospective can also be a legitimate measure to continue discussing the topic - Only if it could not be completely analyzed within in the retro time frame.

Collecting feedback, aka the data gathering phase, can take up valuable time in the retrospective, which you could actually save by asking for feedback in advance.

In order to structure this query of feedback in advance, it often makes sense to combine closed questions with open questions. This way, you receive quantitative feedback on specific aspects and, as a team member, you can continue to contribute your own topics through the open questions. As a pioneer, Spotify also uses targeted, closed questions, the results of which they have baptized and named squad health check.

In relation to this, we have developed a tool that can support you in your retrospective in large teams. You can find more information directly below.

Would you like to conduct a value-adding retrospective in a large team? This is exactly why we developed our tool Echometer. You can find more information about the tool here:

Run a retro in a large team

You can probably tell that we would not recommend retrospectives with too many participants for the reasons explained above - precisely because it is so challenging to moderate them and appropriately involve all participants.

At the same time, we hope that with the tips on parallelization etc., you can get the best out of big retrospectives. Because especially when you get used to the constellation of the retro as a large team, it can get easier over time, and the format - despite the hurdles - can be a success.

We are looking forward to your reviews! Incidentally: If you are still looking for variety in your retros , then you can check out this blog post we've written about it. 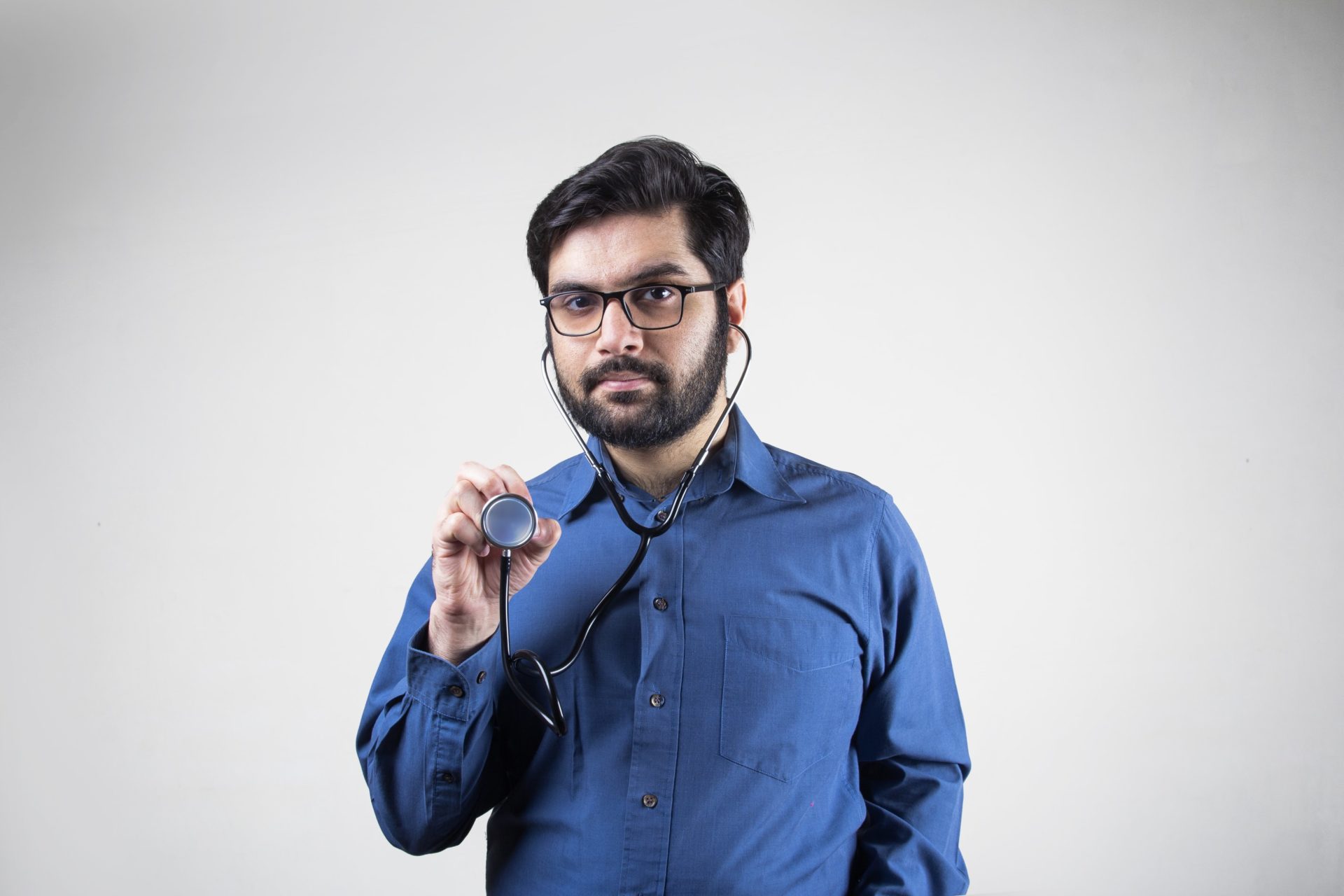 Spotify Health Check: Everything You Need To Know

I will explain to you how the Spotify Health Check works, for whom it is suitable and what you have to consider 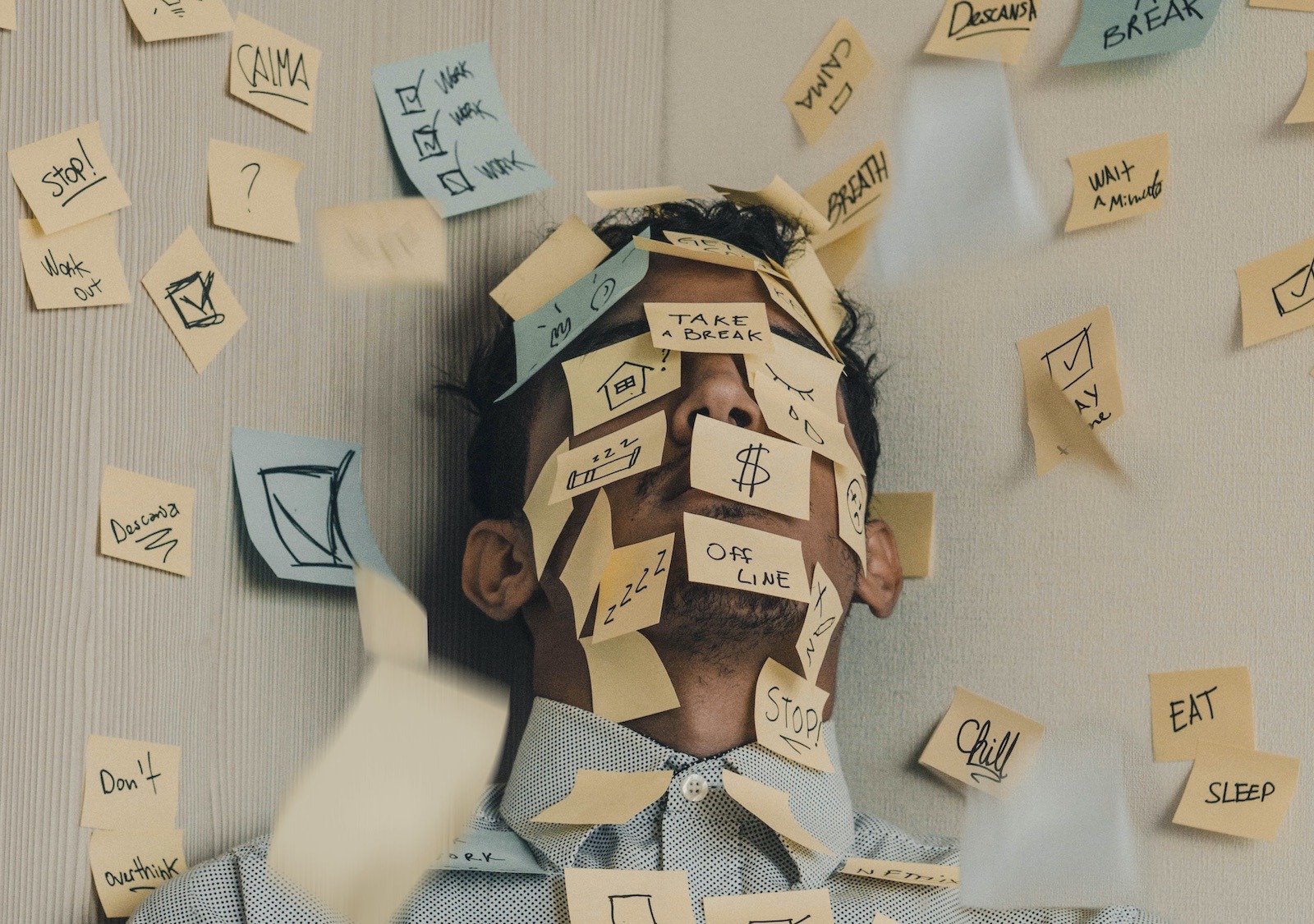 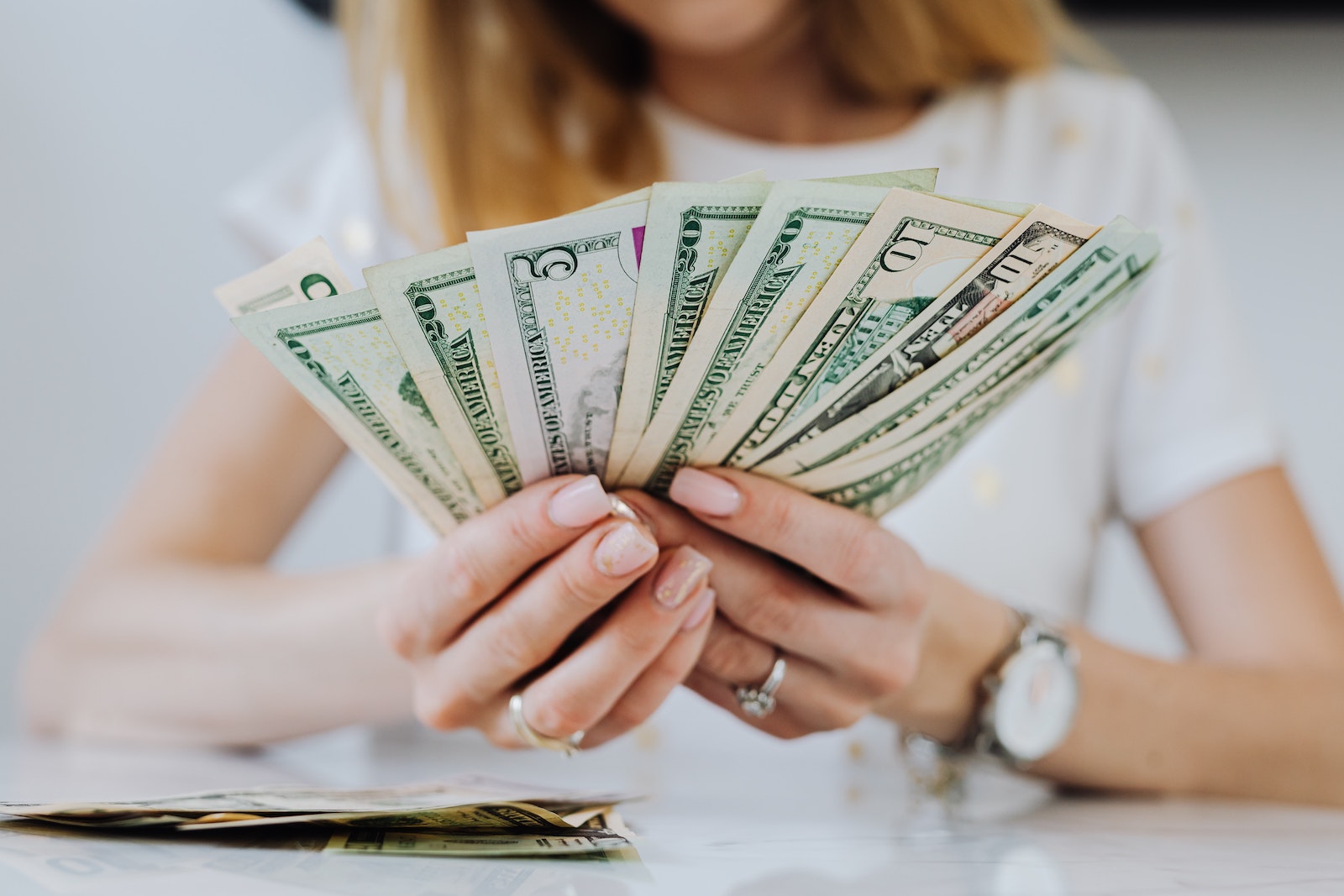 Why Corporate Salaries Become Chaos Throughout our careers prior to founding Echometer, we have many examples 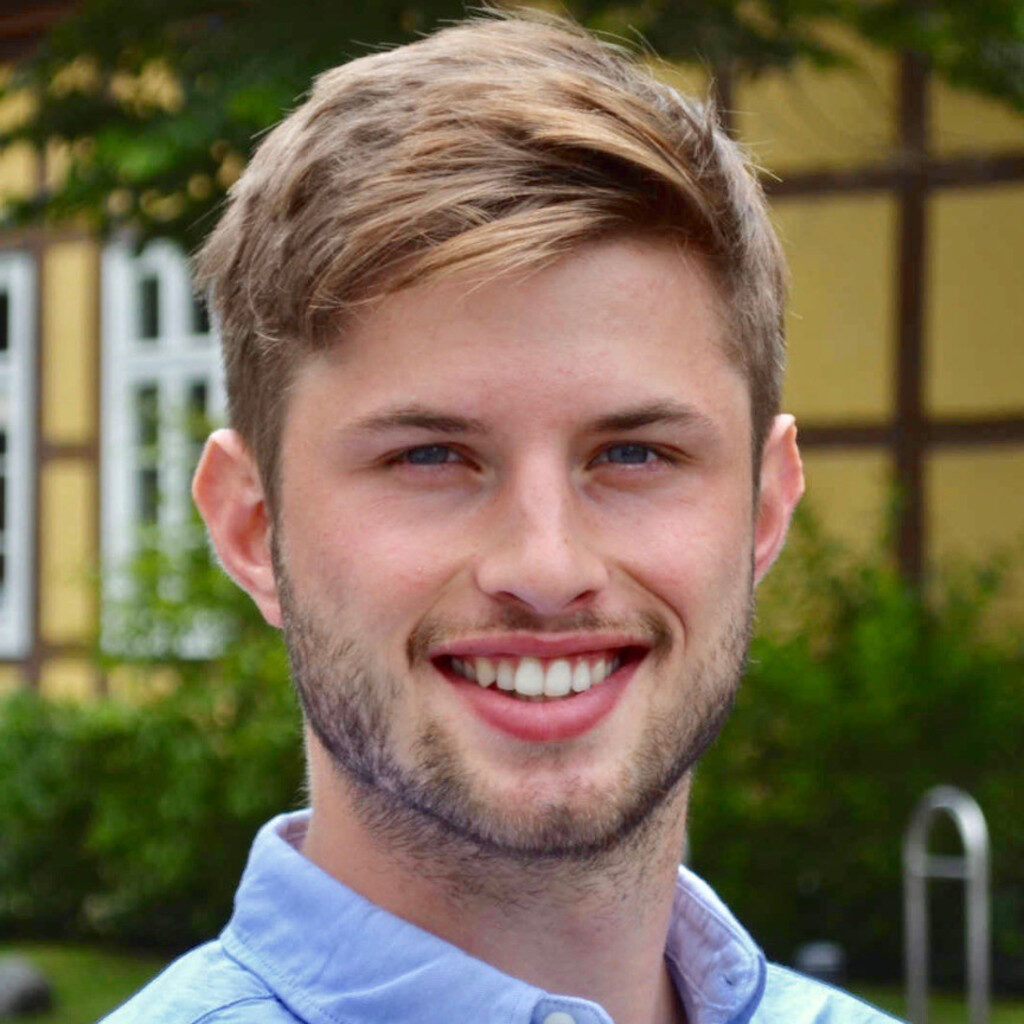